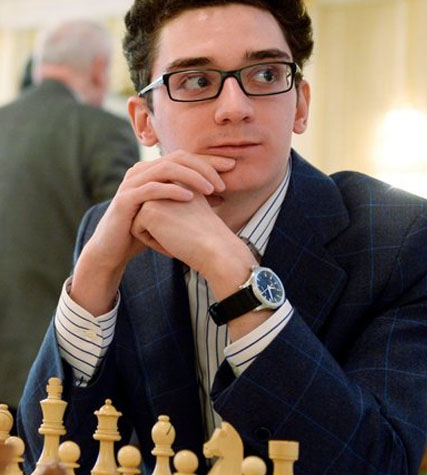 Fabiano was born in Miami, Florida. At age 5 in 1998, after relocating from Miami to Park Slope Brooklyn in New York City, he learned to play chess at an after school program. His first official tournament took place at the Susan Polgar Chess Center in Queens, New York. And at age 6 he started training with his first coach, the renowned National Master Bruce Pandolfini.

At age 10, Fabiano became the youngest American to defeat a Grandmaster in an official tournament, and by age 12 he had obtained the international title of FIDE Master. Subsequent achievements included winning several national scholastic championships, as well as two gold medals at the Pan-American Youth Championships. In 2004, he and his family relocated from the United States to Europe so that he could better pursue a professional chess career.

In 2007 at the age of 14, he became the youngest Grandmaster in the history of the United States, beating the record set by Bobby Fischer.

At the 2014 Sinquefield Cup in Saint Louis Missouri, he scores one of the best tournament performances in the history of chess: Clear first with 8.5 points from 10 games, and 3 full points clear ahead of the World Champion Magnus Carlsen, including an astonishing streak of seven consecutive wins! Today, Fabiano is one of the hottest players on the global scene and is tipped by many to become World Champion in the very near future.